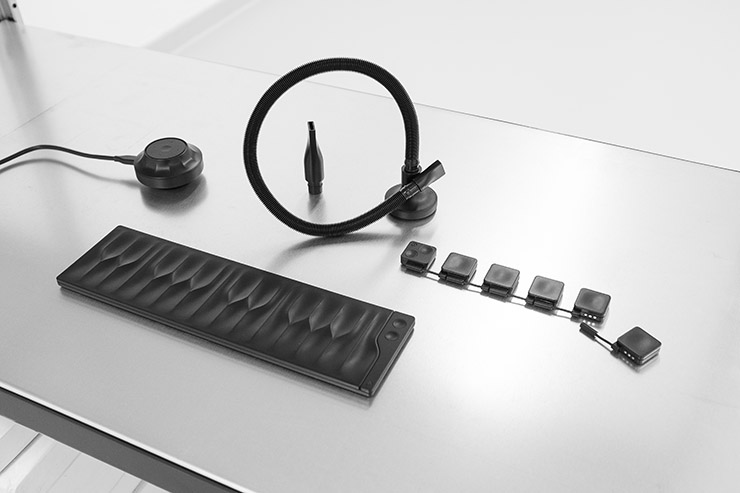 This kit—consisting of a central hub with surface transducer and three different input devices— makes it possible to turn resonating objects into new electronic musical instruments. This way either existing acoustic instruments can produce new sounds or random objects from every day life can become musical instruments.

Because of the separation between input and output device, playing a classic electronic musical instrument can often feel rather detached. The piano, too, has a longer distance between finger and vibrating string than, say, a violin. This separation is reduced in my object, as the input devices sit right on top of the resonant body, whose vibrations produce a very natural feeling while playing.

By connecting to digital and analog synthesizers, their full freedom in sound design can be utilised. The resulting tone then gets influenced by the individual character of the chosen resonant body. This way an electronic sound can obtain an unexpectedly organic personality and a random object can develop an unexpected musicality. 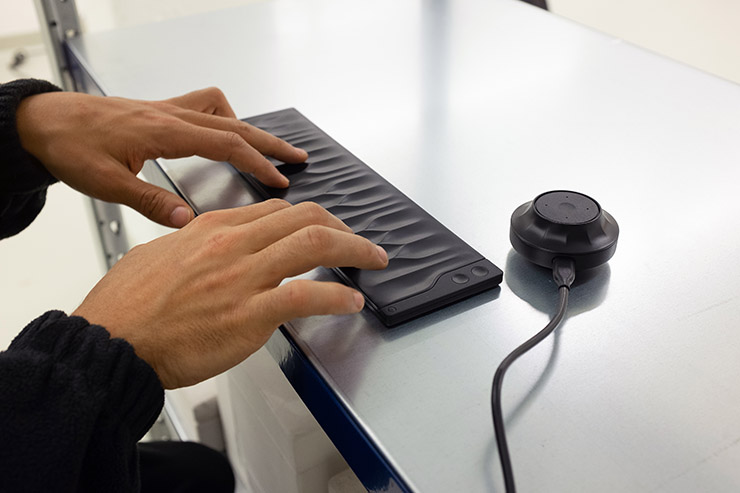 The central hub includes the transducer, which makes the resonant body produce sound, and gets connected to computer or synthesizer via cable, the volume control at the perimeter always within reach. The wireless connection to the input devices prevents rattling cables while allowing for maximum freedom. 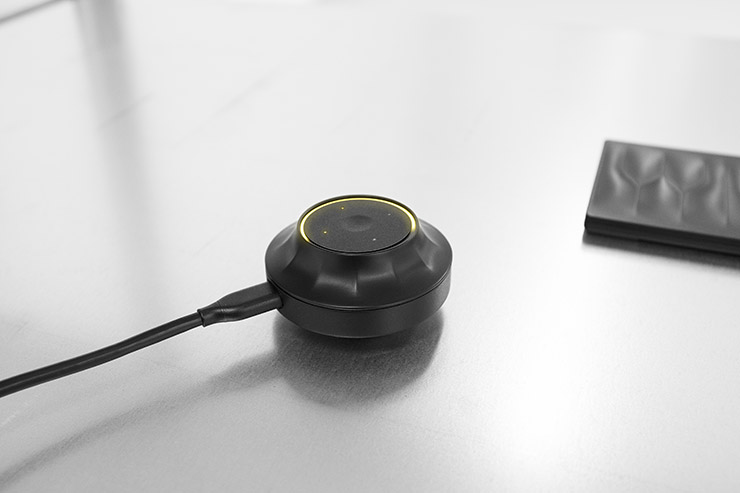 While the single buttons can be magnetically chained in whatever number or shape desired, the piano controller enables slides between the notes, with haptic feedback about the fingers’ position. 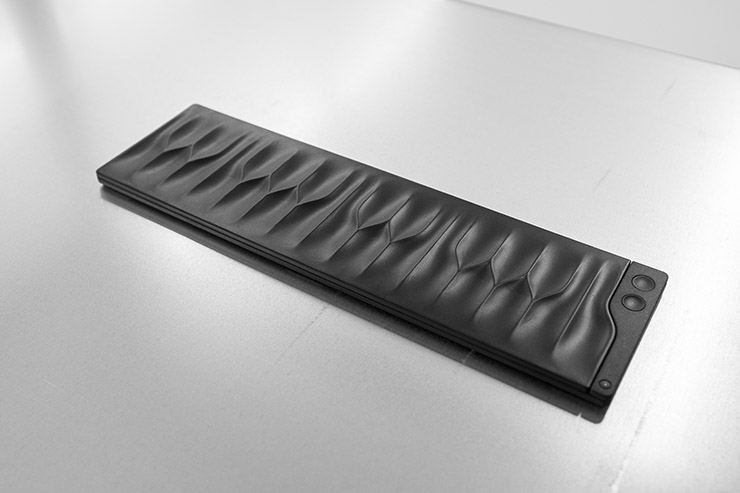 The breath controller may be played with or without the flexible tube which is prevented magnetically from hanging down. All objects are attached by micro-suction tape and can be removed and replaced at will. 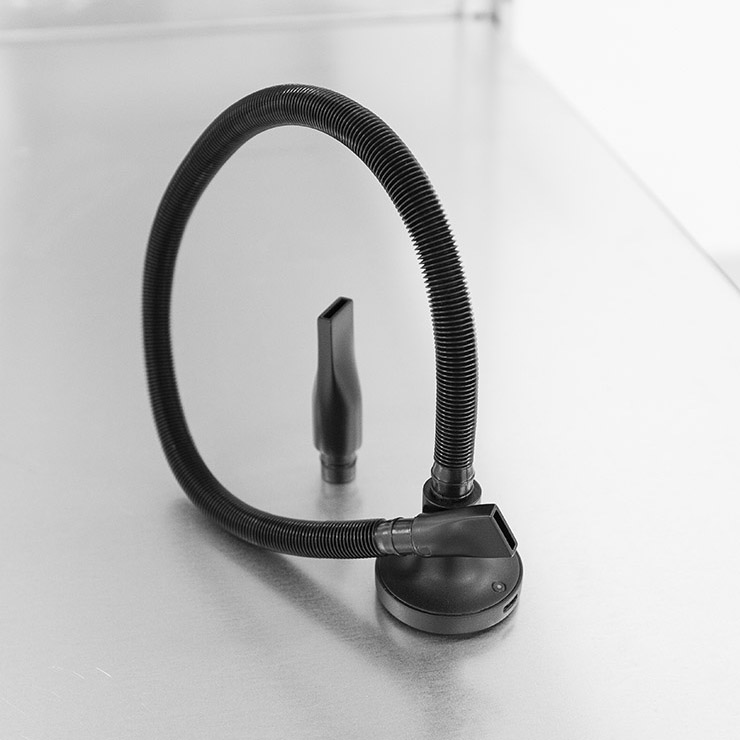 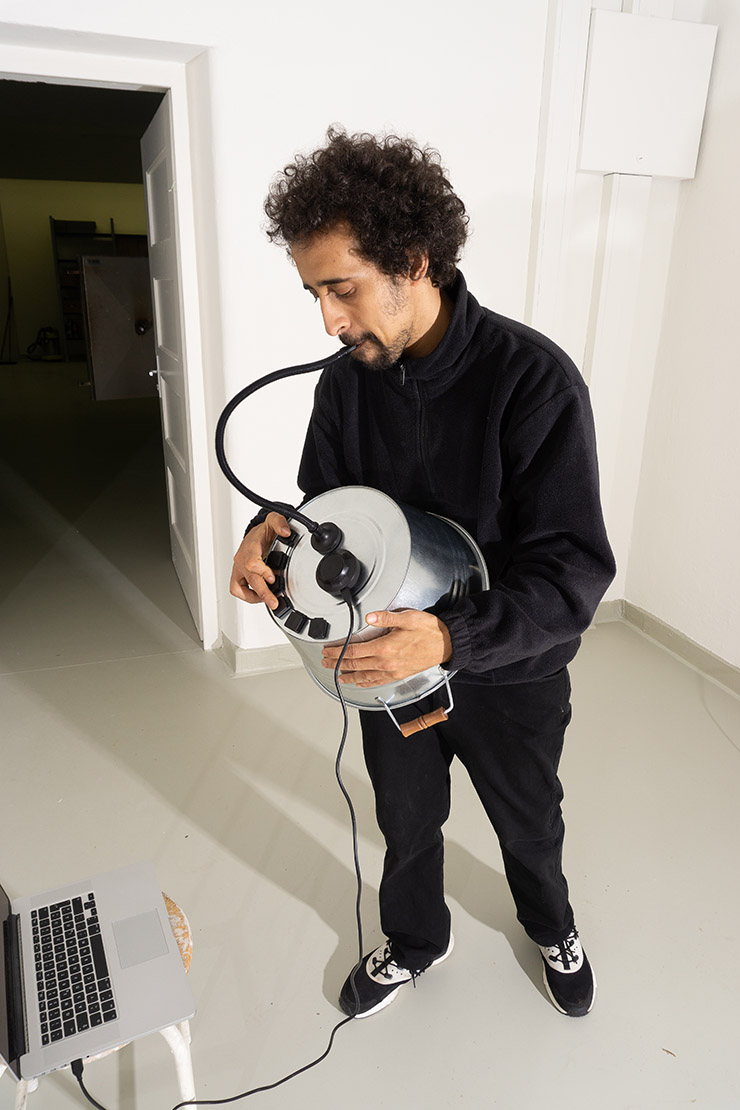 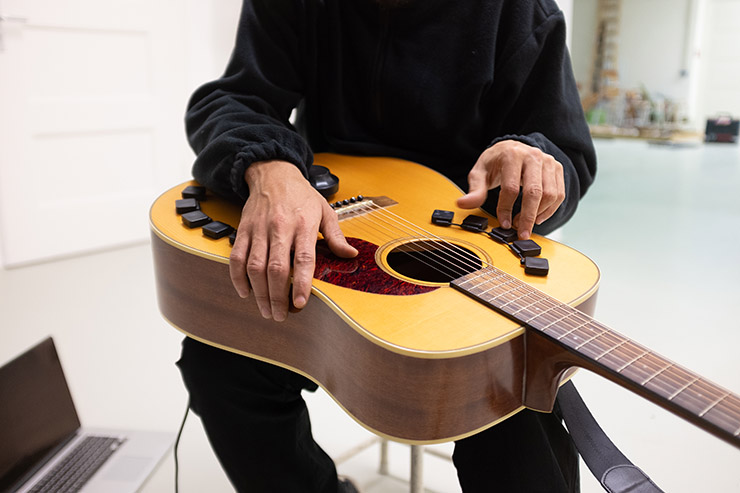 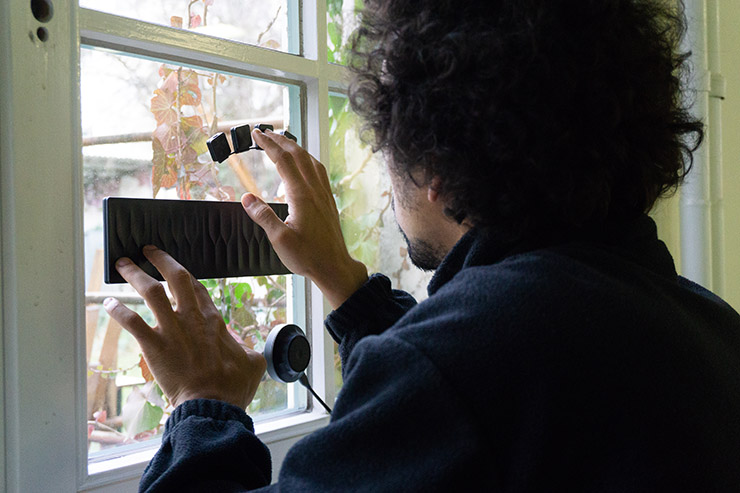 I also built two functional prototypes on which I played during the final presentation: 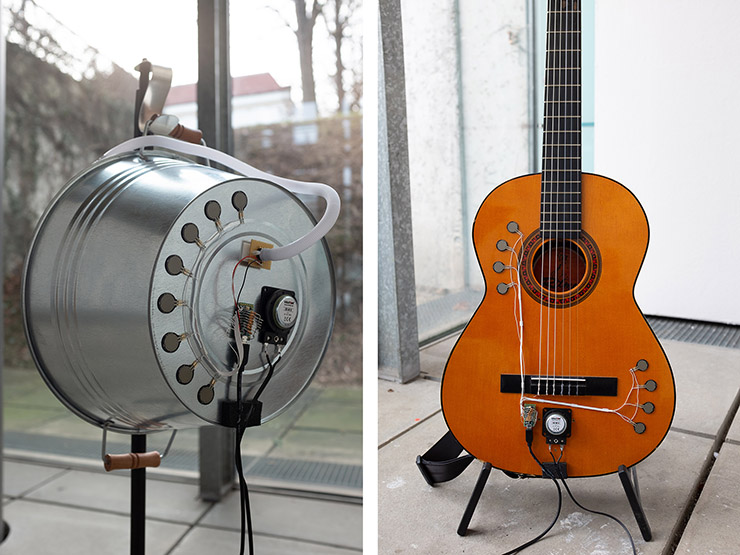