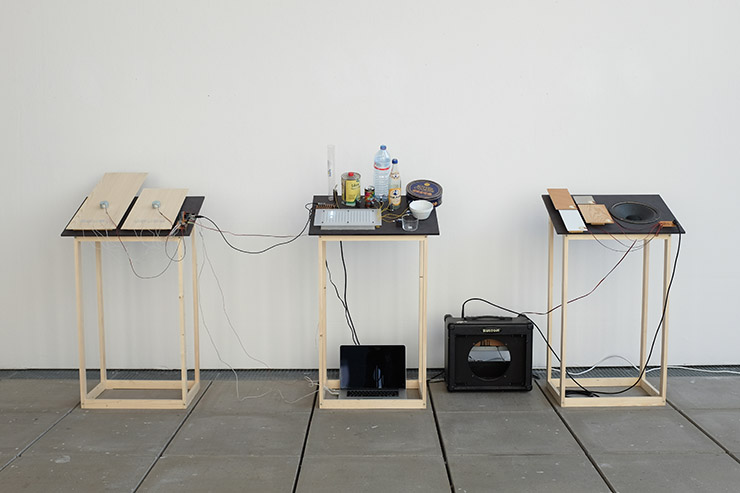 Objekt 01 translates digitally generated sounds into perceptible vibrations. Upon touching each of the sensors mounted on thin pieces of spruce, a computer generates a different sound. Surface transducers attached to the same boards transfer this sound back to the wood as vibration. Similar to the body of an acoustic musical instrument the boards themselves are now the speakers. As these vibrations can be felt by the musician, playing the instrument feels very natural in both haptics and acoustics. 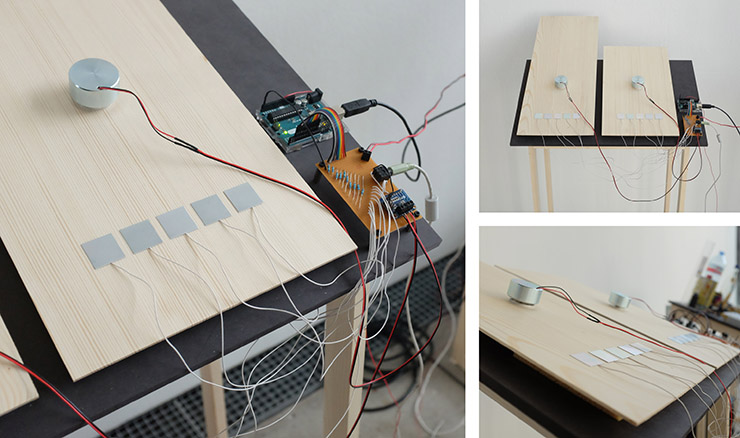 Objekt 02 translates computer controlled rhythms into mechanically generated sounds. Eight objects from everyday life get struck by small solenoids, which are controlled by a so-called step sequencer. On a backlit keyboard every object gets its own horizontal row where it can be intuitively switched on and off for each of 16 time steps. This now also visually perceivable rhythm gets permanently looped and can be changed at any moment. As a result random everyday objects develop an unexpected musicality.

Objekt 03 translates felt vibration into heard sound. Piezo ceramic elements are attached to four different surfaces. These elements convert vibrations generated by knocking, swiping or similar interaction with the surfaces into weak electrical signals, which in turn get put out as sound by the speaker. For the interacting users their senses of touch and hearing seem to have moved closer together. 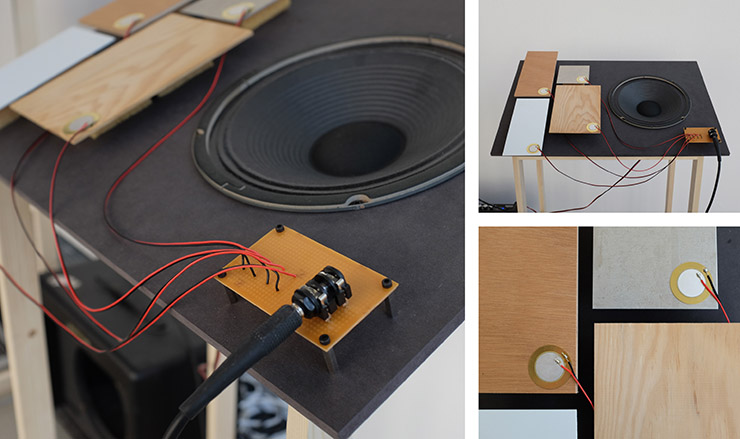 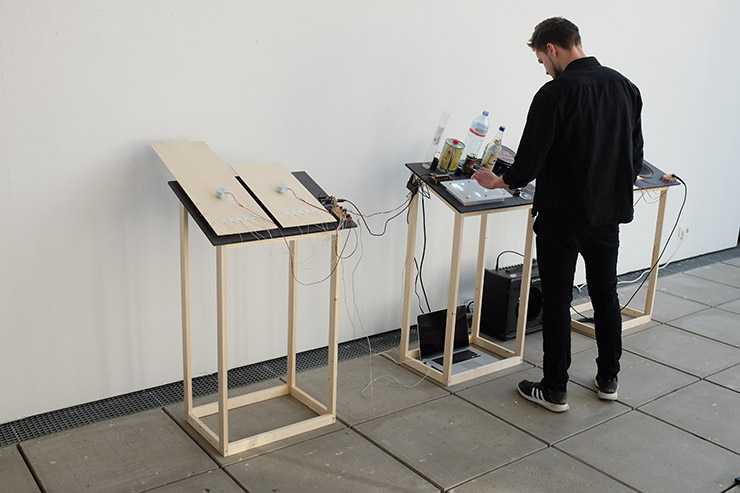 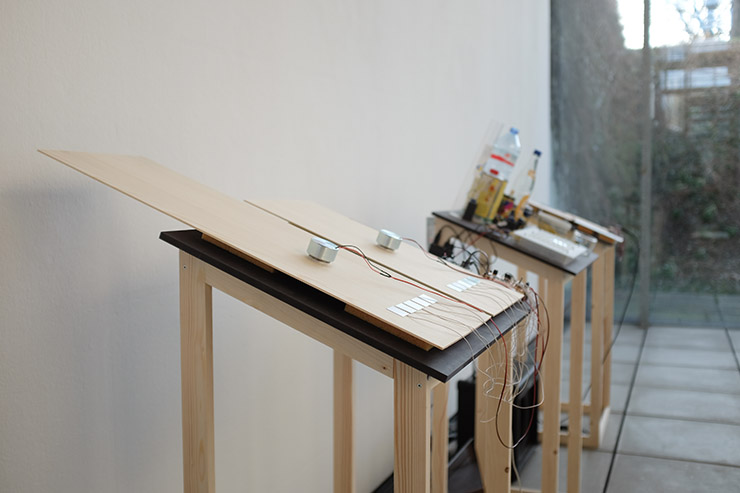 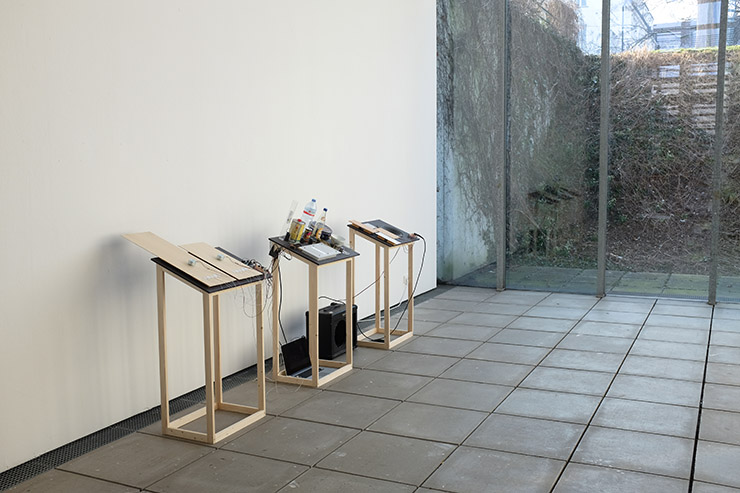